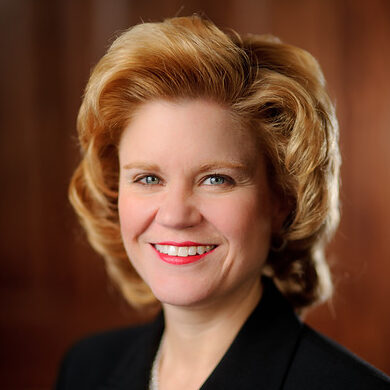 Theresa Werner is an award winning freelance journalist, currently working at PBS NewsHour with Judy Woodruff. She was elected as the 105th President of the National Press Club, the world’s leading professional organization for journalists, and was the first ever freelance journalist to lead the National Press Club. During her tenure as President, Werner focused on addressing military issues by interviewing the Secretary of Defense, Chairman of the Joint Chiefs of Staff, CNO of the Navy, Commandant of the Marine Corps, and the Secretary of Homeland Security.

Theresa comes from a military family. Her father is a Vietnam Veteran who spent 30 years in the Navy and retired in Washington, D.C. She is a proud alumnus of George Mason University, graduating with a degree in Communications. She began her journalism career at NBC4 Washington where she worked for seven years before joining the Associated Press. She is a former President of the local chapter of American Women in Radio and Television and, for two years, she also served as President of the American Newswoman’s Club.