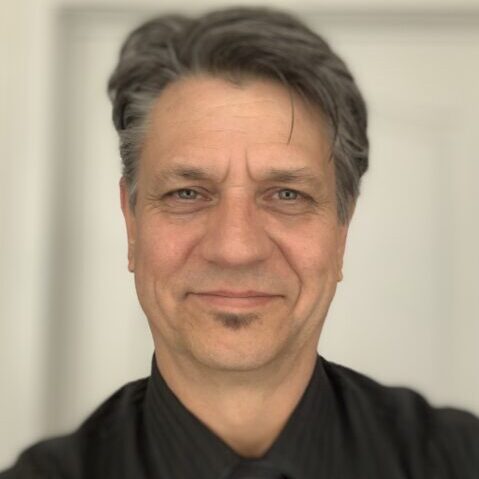 Graham John Sutherland is Owner and President of GraSar Productions, Inc., an integrated production event services company specializing in Lighting, Video and Sound. Born in South Africa, he has a profound connection with the African bush and supports the rehabilitation and preservation of wildlife. His diverse ancestry connections are rooted in the Netherlands, England and naturally Scotland.

As a young man leaving High School in South Africa during the “Apartheid & Angola Border War” he was drafted into military service for 2 years with an additional 1 month a year during his college years. This greatly influenced his outlook on the role of the military and historically the effects of war. He was honorably discharged in 1986 with the rank of Lieutenant. These days, he remains active as a trained member of CERT (Community Emergency Response Team) in the United States.

Graham’s own maternal grandfather also served in WW2 when South Africa sent some 135,000 volunteer troops to East and North Africa to help support the Allied war effort. His grandfather served specifically with the British troops and he was awarded the War medal, the Africa Service, the 1939-1945 Star & the Africa Star medals.

He started in the industry freelancing during his College years in South Africa. Moving to the United States in 1989 he joined up with Swank Audio Visuals in 1991 finishing his tenure in 2001 at the Palm Springs Convention Center as Area Manager. He left to pursue his interest in the larger production market and soon earned a reputation in the industry, not only for his talents but also for his fiercely loyal client base which he cultivated through personal attention and his hands-on approach from start to finish.

Proudly becoming a US citizen in 1999. His career path slowly evolved within the Events Industry with the decision in 2008 to go solo and launch his own Production company. With GraSar Productions, Inc. he was able to combine his love of travel with Lighting, Sound and Filming. It was during the 2013 UIPM World Cup that Graham worked with Michelle Strauss as Venue Manager where GraSar Productions provided technical support for the event.

“Sport is the bridge that binds humanity. It does not differentiate between culture, class or color. It provides role models for our youth and creates heroes to inspire us and it’s a real honor for me to be a part of this team and support the cause”. – Graham J. Sutherland