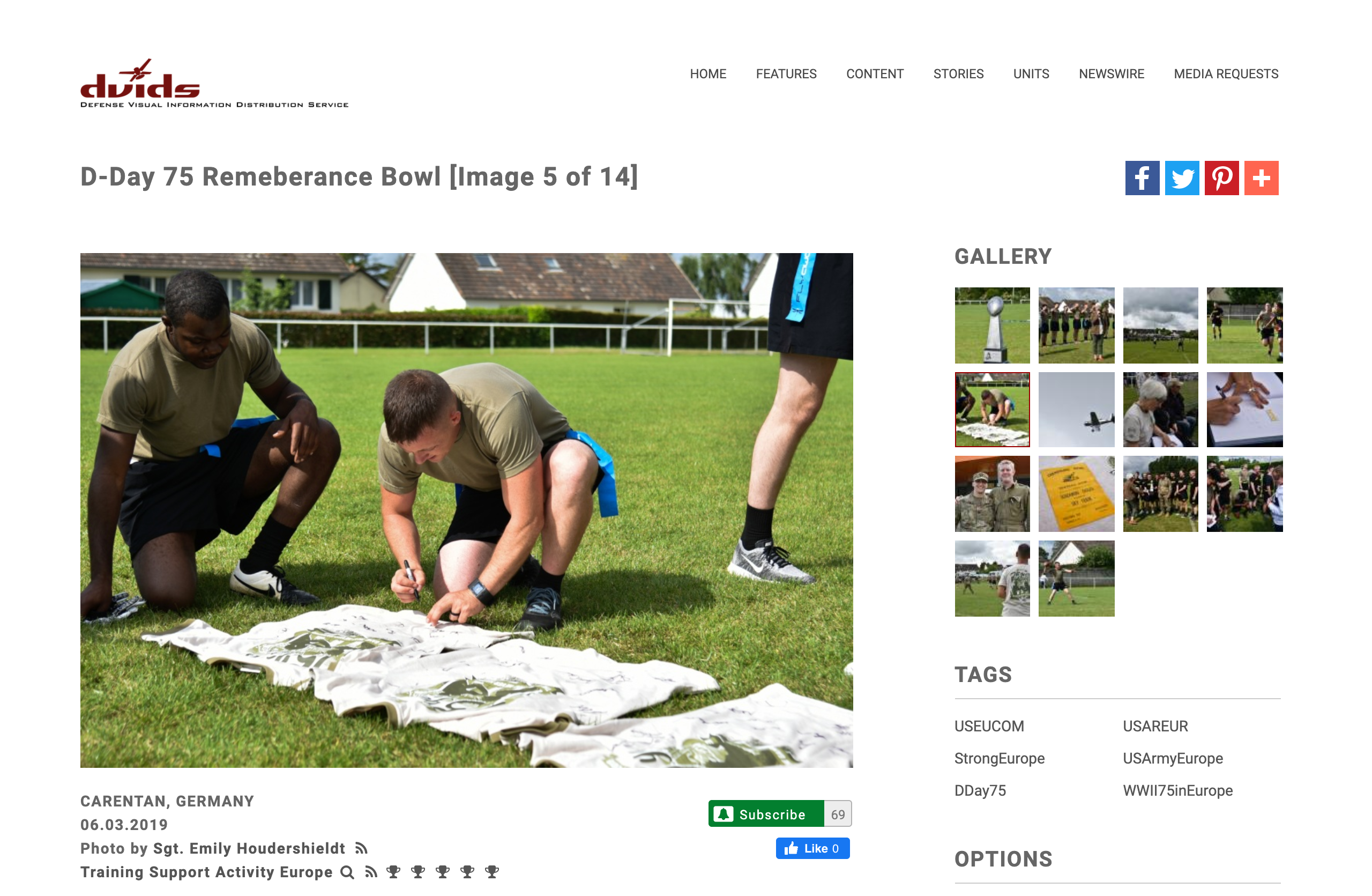 U.S. Soldiers assigned to 2nd Brigade Combat Team, 101st Airborne Division, sign t-shirts that the honor the Remembrance Bowl 2019 at Saint-Hilaire-Petiteville, Carentan, Normandy, France, June 3, 2019. The Remembrance Bowl, hosted by Helen Patton, granddaughter of Gen. George Patton, is an initiative to commemorate the Champagne Bowl, a football game organized by 101st Airborne Division “Screaming Eagles” to be held on December 25, 1944. The game was cancelled prior to the event to respond to adversary advances, which lead to the “Screaming Eagles” participation in the Battle of the Bulge. More than 1,300 U.S. Service Members, partnered with 950 troops from across Europe and Canada, have converged in northwestern France to commemorate the 75th anniversary of Operation Overlord, the WWII Allied invasion of Normandy, commonly known as D-Day. Upwards of 80 ceremonies in 40 French communities in the region will take place between June 1-9, 2019, the apex being held June 6th at the American Cemetery at Coleville sur Mer. (U.S. Army photo by Sgt. Emily Houdershieldt)